Theft, Robbery, and Burglary: What Are The Differences Under Colorado Law

Theft, Robbery, and Burglary: What Are The Differences Under Colorado Law 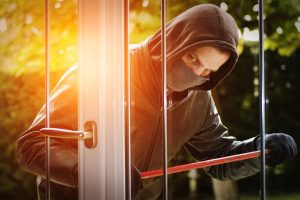 Theft, burglary, and robbery are some of the most commonly commi1tted crimes in Colorado. According to statistics, 23,000 incidents of theft and over 1,000 robbery cases were reported in the city and county of Denver alone.

So, if you found yourself in this situation, you better call your criminal defense attorney to come up with a strategy plan to win the case. On the other hand, if you had been arrested by the authorities, searching for contact numbers of “bail bonds near my location” will help you speed up your temporary release through bail.

The Colorado law defines theft as an act of “knowingly obtains or exercises control over” anything of value owned by another individual without permission, and:

It is a form of theft that includes force or threats of force to steal anything of value. There should be two elements included in the crime before theft can be considered as robbery:

It involves unlawfully remaining or knowingly entering on someone’s property with the intention to commit a crime other than trespassing. The gravity of the burglary offense is based on:

What Are Their Differences?

There are thin lines between the three offenses, but most are bailable and can be handled by a bail bond company near me.

Theft is penalized based on the value of the stolen property or goods. But these offenses are mostly bailable with the help of a bail bond company near you.

Robbery revolves around the force or threat of force used towards the victim. Therefore, its penalties are also based on this factor.

Under Colorado law, burglary is always a felony, and its penalties depend on these three categories:

There are several possible defenses for theft, robbery, and burglary charges, such as follows:

Theft, robbery, and burglary entail more than criminal penalties for the defendant. You may lose your job, spend time in jail, and be convicted. Calling for the professional help from an experienced criminal defense attorney and bail bond company is your best line of defense to win the case. Call a trusted bail bond company like Lucky Lucero’s bail bonds near my location at 303-659-2245.