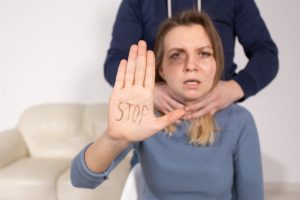 According to the Colorado law C.R.S 18-6-800.3(1), domestic violence is “an act of violence or threatening violence to a person to whom the victim is intimately involved and has been involved intimately in the past.”

Intimate relationships do not only apply to people living together or to married people. It could also refer to former spouses, spouses, children, domestic partners, boyfriends, girlfriends, and roommates.

Domestic violence contains physical, emotional, verbal, and sexual abuse. It can also pertain to any other crime against a person or their property, such as a pet, used to control, coerce, intimidate, or punish against a former or current partner.

Probable cause in domestic violence

Generally, the authorities in Colorado follow five indicators to determine if there is an existing probable cause. These factors are coercion, intimidation, punishment, control, and revenge. Therefore, if the police officers found out that there is a probable cause of domestic violence in the area, a mandatory arrest is allowed by law.

What can a DV offender do after an arrest?

If someone has been arrested for a domestic violence offense, he/she must know his/her Constitutional rights, such as the right to remain silent and the right to bail. Also, the authorities should have clearly stated the Miranda rights before doing police questioning. It is to prevent yourself from telling self-incriminating statements that they can use against you.

The next thing you have to do is hire a professional bail bondsman in Aurora and a skilled defense lawyer to help you with the case. Keep in mind that the Colorado law develops fast-track procedures for domestic violence offenses.

Since Colorado law ensures that the alleged victim won’t incur further damage, the state created fast-track domestic violence crime procedures. In the fast-track procedure, the arresting officer needs to finish a same-day incident report. During the first court appearance, the defendant is required to take a plea. That’s why hiring an experienced defense lawyer and bail bondsman in Aurora will help the defendant to understand the fast-track process of DV charges.

What if the victim does not want to press charges?

There is no turning back once the individual has been arrested for domestic violence in Colorado. It is true even if the alleged victim does not want to press charges against the defendant. Typically, domestic violence charges can’t be dismissed unless the prosecution office declares on oath that the case can’t be proven beyond a reasonable doubt.

Domestic violence offenses are sentence-enhancement, which means that DV charges are not stand-alone charges and do not have specific penalties. The punishment for the defendant facing a DV charge still depends on the underlying charge. However, DV enhancement can trigger the following consequences or penalties:

Also, a classified person as a habitual domestic violence offender will face a class 5 felony DV charge. Penalties are 1 to 3 years in State prison and a fine of $1,000 to $100,000.

How much is the domestic violence bond amount in colorado?